Three Writing Wins and a Waterpark

The month of March began with a writerly bang - the Writers Ink Retreat described in last month's blog - and the same spirit has continued into April. Like buses or bad news or triplets, my writing successes (and failures!) are coming in threes.

But that's taking far more credit than I'm due.

The novel Entitled has now been published and sent on its way with a very enthusiastic blog tour. It's a debut for the author, Gill Merton, who happens to be a very interesting in their own right: a composite of five writers from a community group in Edinburgh. I'm one of them, and the others are Coreen Connell, Simon Bramwell, Elizabeth Nallon and Sheila Corrigan.  Published after three long years, with National Lottery funding and the services of Claire Morley at www.myepublishbook.com, it's been a labour of love, a learning curve - and a jolly good book! Click here...Entitled 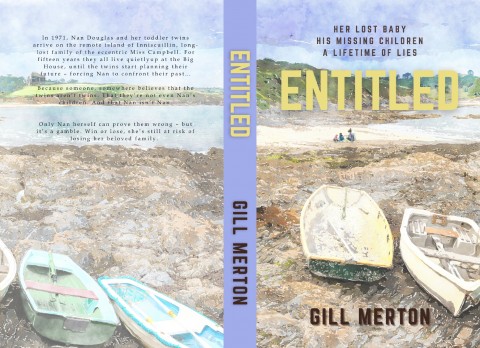 A whirlwind overnight - or rather a slow, catastrophe-ridden crawl - to London was next on the agenda, to participate in the Primadonna Prize. Meeting up with the other runners up, Hazel (virtually!) Shazia, Simmy, and the winner Gayathiri, was worth all the travel trials! And here we are, grinning manically along with chief judge, Lisa Milton of HQ: 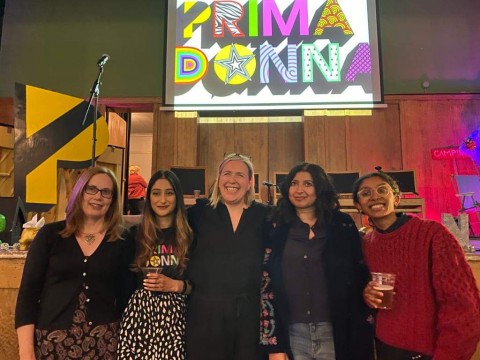 Fiinally, home to find I'd randomly won the Bookouture Twitter pitch competition for my novel-in-progress (the same one that got me so far in the Primadonna award) the Baby in the Box. Cue a Twitter flurry such as never before seen by my lacklustre feed.

And the waterpark? An understatement. If anyone from Center Parcs, Longford Forest, Ireland is reading this (!) then the 11 year old is still proclaiming that this was the best holiday ever. I'd have to agree it was certainly up there...zip-lining, archery, fencing, endless swimmingy-things, cycling...and not a computer in sight.