It’s not often that one author is made up of five different writers, but that’s how it is with Gill Merton, when Gilmerton Community Centre’s long-running creative writing came together to write the novel, Entitled. 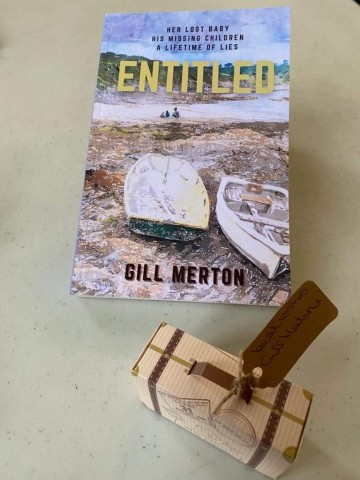 And the book was officially launched on Wednesday 18th May, with a full – and enthusiastic – audience. Whilst I had a bash at chairing the event, each of the other authors: Coreen Connell, Sheila Corrigan, Simon Bramwell and Elizabeth Nallon, read from the novel, and took part in a lively Q&A. 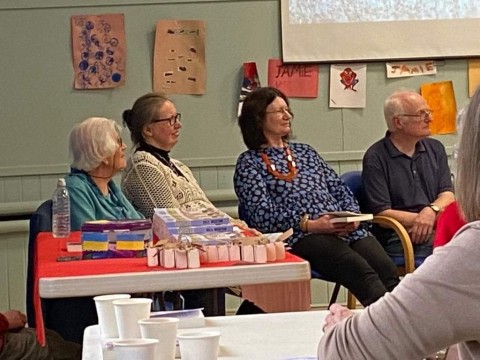 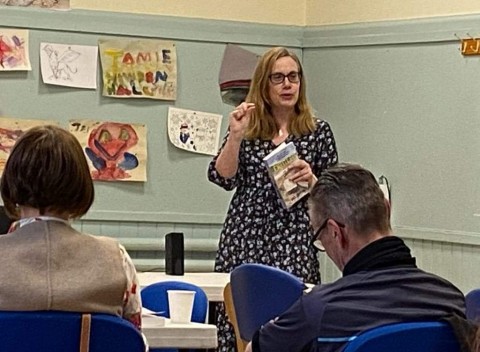 Then came the book signing, refreshments – including an Entitled cake – all against the backdrop of a slideshow put together by Simon. With the proceeds from sales on the night going to DEC/Ukraine, we also raised a whisker under £300.

It was everything we could have wished for in a launch.

A lifetime of lies

In 1971 Nan and her toddler twins arrive on a remote Scottish island – allegedly long-lost family of eccentric lady-of-the-Big-House, Maud Campbell. By 1985, the teenage twins are asking questions…because someone knows they’re not twins. They’re not even Nan’s children. And Nan isn’t Nan.

None of it would have been achieved without the support of the National Lottery Awards for All (funding); Marta Lis (cover); Claire Morley (publisher); Gilmerton Community Centre (physical space). A huge thanks to all involved.

Three Writing Wins and a Waterpark
This Writing Rollercoaster