The Glamour of Editing

It’s true that editing is mostly a case of sitting behind a computer and playing a solitary game of words. However, there are occasional more sociable perks, and - as I said last month, too - none more so than a book launch.

From bookshops to authors’ yurts; community centres to church halls; even a narrow boat and a double decker bus, I’ve attended many book launches. Without exception, all have been inspirational and exciting – there’s nothing like seeing a novel released into the world – but there’s something even more special about celebrating a book in which you’ve been personally involved.

For the second time in as many months (see the previous blog entry about Vicky Newham’s Turn Blind Eye), the seven year old and I donned our glad-rags and set off on a whistle-stop visit to London. It’s safe to say that Jade Beer’s launch of The Almost Wife brought a whole new level of fabulousness to proceedings: a summer wedding themed party at Claridges: flowers, cake, candles, lashing of Champagne…

Now, you’d think the book was the thing, but members of my writing classes, other friends and colleagues, plus random strangers along Princes Street, have all been party to my biggest issue: ‘What to wear – so as not to look like Claire?’  Claire being a character in The Almost Wife who wore an orange dress and hot-pink feather boa (amongst other things) to a fancy pre-wedding bash – much to the horror of bride-to-be, her sister, Jess.*

I think I scrubbed up okay enough (and even the seven year old swapped his anorak for a jacket, on being bribed with the donut trolley; we’re both slightly obsessed by Claridge's donut trolley) and just in time stopped being a Bridezilla – when it wasn’t even my wedding or er, my book launch. Luckily, I remembered that the most important thing was not my dress but sending an excellent novel on its way – and that was, without question, done with aplomb.

A very interesting aside of seeing a book come to life is the incidental things you learn along the way. Since Jade Beer is editor-in-chief, of BRIDES magazine, and the novel tells the story of three would-be brides, I’ve had a great insight into wedding planning. And I still can’t process all the amazing, outrageous, extravagant wedding demands out there – some of which have made it into The Almost Wife…

Meanwhile, I’m back to hiding behind the computer, looking forward to the next launch, which according to writer, Coreen Connell, may well be in a potting shed. Bring it on!

*Click here The Almost Wife to read this funny, sad, thought-provoking novel to find out how it all worked out…! 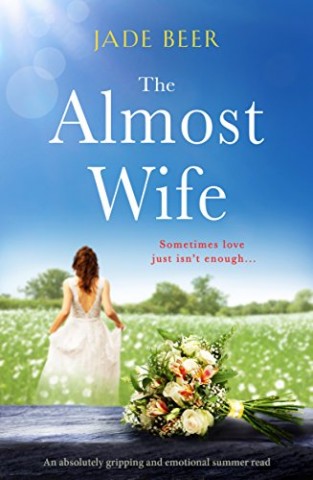