As a writer, sharing your work publicly is an act of courage.  But there's courage and then there's courage, and watching events unfold in Ukraine is a stark reminder of that.

I'm more used to encouraging others to share their writing - I'm not sure I've posted anything of my own here since the days of A Blonde Bengali Wife, and it's time to change that. The extract below is from my first (favourite?) and gloriously unpublished novel, The Island in April. It's about a different war, a different country, a different generation but - for me, anyway, it still resonates.

It's a miniscule act of courage (if that), prompted by the inspiring Writers Ink, especially Maria McHale and Vanessa Fox O'Loughlin. Becasue of that, I'm doing something equally small but practical: my son's school is collecting donations to help people in Ukraine; ex-pupils are taking a convoy out there. For each view of this blog post in March I'll add one more item or a sum of money to the box I'm making*. 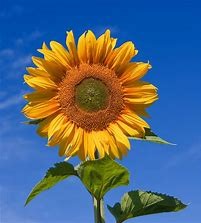 Extract from The Island in April

As she unpicks the painting, I squint to check and the signature in the corner is that of Damaris Koumettou.. Hidden between the crude yellow sunflowers and their frame, is another picture. It’s a blurred snapshot of a large house on a grassy street, the shutters hanging off and the downstairs obscured by overgrown hedges. Damaris holds it by its corners and murmurs, ‘All that has been left of number three, 28th October Street for thirty years. The only way I have seen it in thirty years.’ She lays the pictures side by side on the seat next to her.

The silence is thick, the car engine white noise. After a full five minutes, Damaris unleashes the past three decades.

‘I took the children,’ she says. ‘A colleague of Orestes drove us. We heard that the soldiers stopped him and killed him on the way back. We had a picnic, one change of our clothes, one toy for each. I thought we would be back in a very few days; I left twenty-four jars of strawberry jam setting in our larder. When I felt stomach cramps, I remembered I had no sanitary towel, and I worried that blood would show on my dress. We drove past men with blindfolds, down on their knees. The guns pointed at them and I hid the children under blankets so they would not see. God above forgive me, I made it into fun for them.’

I sit as still as I can, not looking at her. Helene just keeps driving.

‘My husband stayed behind, working,’ Damaris goes on. ‘He had a tiny boy in Intensive Care, his heart enlarged and newly operated upon. Derin. I remember his name as well as I remember my own children’s. It saved my husband’s’ life, of course, but his choice worries me still, it was once a rift between us.’ She pauses, then matter of factly, she adds, ‘We lost everything we had, every thing.’

She looks at Helene’s back as she says this. She’s talking about much more than just her situation, I think, but it’s bigger than me. Bigger than this trip. When she adds something in Greek, then closes her lips, tightly, staring out of the window, I look to Helene for a translation.

‘Creativity is the first act of defiance, and  he last,’ Helene says finally. ‘That is why Damaris Koumettou is an artist, and will always be an artist.’

*The only reason I'm not pledging an actual amount is that in the very unlikely event lots of people click through, I'm scared I'd run out of money and have to renege on my promise. I'll update next month.