I’m always unsettled by a new year. It’s something to do with the overt marking of time passing, a reminder that life isn’t infinite. In several fundamental ways, 2017 has been a challenge, but then again, dig deep and there’s always so much good in the minutiae. What better way forward than to reflect on that and use it as a springboard to 2018?

Funny moments. Inspirational encounters. Unexpected kindnesses…There are hundreds, many of them fleeting, memorable to nobody else. But what has really emerged from this compilation of mindfulness has been the significance of other people.

There’s an Oscars acceptance-length list of people I could mention but I’ve picked three because 2017, and specifically, December 2017, has been a time of transition for them. This, then, is a bit of a wish you well as I wave you goodbye mini-tribute to three unsung heroes.

My beloved granny died on 23rd December. She was ninety, sound of mind (as they say), had just had her weekly hairdresser appointment and was looking forward to us arriving for Christmas. I like to think it was a ‘good’ time for her to go – and even if it wasn’t, she’d have none of me weeping and wailing (I can hear her now). My granny loved my writing unconditionally, ever since as a ten year old I gave her a poem. I can’t remember now if it was entirely original or horribly plagiarised but she kept it in her purse, where it remains. My idea of childhood bliss was to go with her to the local newsagent when she treated me to a doll-in-a-matchbox (can’t remember if these had a proper name) and a 25p book. She wasn’t a reader then – too busy pampering me, no doubt – but she was responsible for my introduction to The Chalet School and Agatha Christie, the constant dusty offerings on the corner shop shelf. In recent years, I’ve sent her everything I’ve worked on, and I suppose this is the equivalent; I think she’d like to know I remembered her in writing but without fuss.

Hannah King, on the other hand, is very much alive and thriving and moving on to pastures new. Hannah was my son’s kindergarten teacher for three years, and, seeing him five mornings a week, has been the other most consistent person in his early life. For both of us, she’s been the go-to person for all things, the calm, kind and inspired teacher (and person) I would love to be; I’m definitely not the only parent whose refrain is ‘what would Hannah do?’ She’s really the one, not me, who has instilled such a love of storytelling in Simon. Even now he has moved on, the shock I felt on hearing Hannah was moving on, was a timely reminder of how important she has been to us – and to so many others – and that we should all be sure to tell her that. Other people made her gifts, I (being very challenged on the handiwork front) offered to write something, and it was really hard to do. I’m not sure how well I succeeded, so here, I’m trying again.

And then, there is the woman I’m going to call Sanna. It’s not her real name, it’s what I call her in the novel I’m currently writing and that’s what she wants. Sanna is transgender, and I met her again last year in the kind of random coincidence that the editor-me would strike out of a novel. Twenty-odd years ago when I first knew she hadn’t transitioned and I never had an inkling she would; neither she says, did she. When I told her I wanted to write a character with an experience not unlike hers but was afraid of offence, of cultural appropriation, of getting it wrong…her words were, ‘blah, blah, blah, trans characters deserve a place in stories too, you know’, and so I began writing. Sanna, too, is just now starting a new life thousands of miles away and her courage and her humour are second to none. 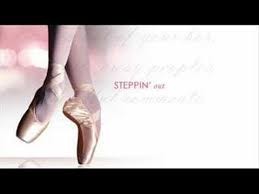