Did I ever mention that I love editing? Some people (apparently) love ironing, and it’s probably for similar reasons: the satisfaction in taking something a bit rough and crumpled and smoothing it out until it’s clean and beautiful.

A couple of days ago, someone asked me how I could bear to spend ‘all that time immersed in an author’s creativity whilst using none of your own’?' That’s a very interesting premise, one that’s stayed in my mind, because I think editing – development or structural editing, for sure, and yes, even line editing (honestly) – really is creative. It’s about tuning in to the author’s intentions, the novel’s intention, and creating an end product. An end product that’s often quite different to the original.

And because I love lists as much as I love editing, here are the strangest:

What’s that saying about truth being stranger than fiction?

However, I should add, I don’t actually know any of the above people; maybe they were all having me on. I should further add, that all ‘my’ authors are perfectly reasonable, lovely-sounding people, and jolly good writers into the bargaining. Let’s hope they think the same about my editing… 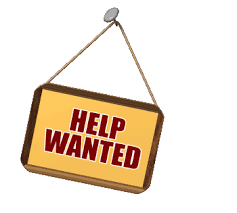 *I do know how to spell 'editing'. This is meant to be a joke... but given the people who have pointed out (often gleefully) my mistake, I see it's not a very good one.

You do and have done terrific editing work and I know it is truly appreciated by all the authors, clients and students. Thank you Anne, particularly with my own development. X

0 Cancel Reply
You do and have done terrific editing work and I know it is truly appreciated by all the authors, clients and students. Thank you Anne, particularly with my own development. X
Cancel Update Comment